Twelve reasons to stop over in Mongolia 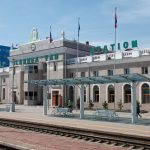 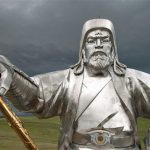 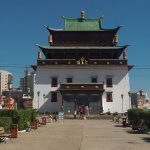 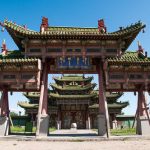 Manchu-style gates and pavilions of the Winter Palace of the Bogd Khan, the last Mongolian king 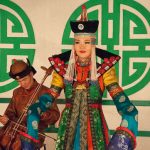 Performance by Tumen Ekh, the National Song and Dance Ensemble of Mongolia 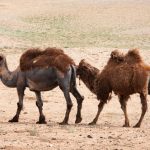 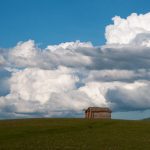 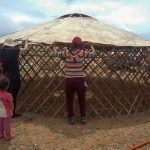 Setting up a nomad family’s ger or yurt in the Gobi Desert, Mongolia 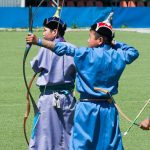 Ulaanbaatar, the capital, is a city of around 1 million people – half of Mongolia’s entire population – and an obvious stopover on the epic Trans Mongolian rail journey from Beijing to Moscow (or even just as far as Irkutsk and Lake Baikal).

You’ll usually have it almost all to yourself: those package-tour selfie-snappers and cruise passengers haven’t reached here yet (and the latter never will, of course).

You’ll marvel at the contrasting deep-throat boom and the high-pitched trill of Mongolian folk music: it’s strangely captivating. Seriously. Performances for visitors are staged daily by Tumen Ekh, the National Song and Dance Ensemble, in Ulaanbaatar.

Your chance to admire the world’s largest statue of Genghis Khan… or if not, just the seated figure gazing sternly down from the side of the national parliament. It’s the only country where Genghis Khan is remembered as a hero, not as the fearsome tyrant who dispatched a horde to fan out across the continent.

Follow in the footsteps of 1920s adventurer, naturalist and explorer Roy Chapman Andrews, arguably the original real-life Indiana Jones, as you comb the crumbling cliffs of Bayandzag for dinosaur eggs and fossil remains.

Tiptoe into Tibetan-style Buddhist monasteries and temples, gazing up at gilded deities as the monks – young and old – begin their daily chanting. Mongolian Buddhism has rebounded since the ruthless Communist purges of the 1930s.

Pause to wonder at the Neolithic ‘deer stones’ which appear unexpectedly across the steppes.

Relish your only chance – ever – to taste airag, fermented mare’s milk.

Watch the milking, and shearing, of Bactrian camels somewhere in the Gobi Desert.

Ride a twin-humped Bactrian camel across the sand dunes.

Pitch in to help reassemble a nomad family’s ger or yurt.

Last but not least, enjoy the hearty, matter-of-fact welcome that nomadic Mongols extend to complete strangers (your guide will be able to suggest how you can reciprocate).