St Petersburg is a ‘Palatial City’. The central city is quite compact, compared to other large cities, which makes it easy to get about by walking. Walking everywhere does depend a bit on where you are staying. When we first started organizing people to travel Russia (1989) we had unique access to the concept of ‘homestay’., being frist ton offer this to independent travelers. Not only was it economical, but it is a far better experience. 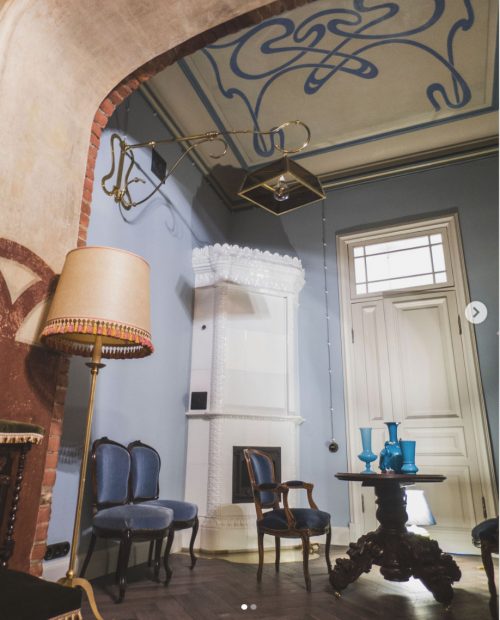 St Petersburg’s central apartments (old city) were more spacious than a standard Russian apartment and many still had architectural design from pervious centuries. Over time real estate values increased and many owners sold to developers who then (after purchasing several apartments next to each other), converted them to small boutique hotels – creating doors and halls between floors opened them up to such a concept. Many of these developments still function as hotels. Other apartments were sold to people who wanted inner city lifestyles whereas the seller wanted a large villa type house on the edge of the city.

Over time our catchment of central homestays diminished and those that still operated had costs similar to budget hotels. Still a better experience – this writer has not stayed in a St Petersburg hotel, always with a homestay host!

There are still some old style apartments for sale and when engineer Maxim Kosmin went looking for one (he wanted classical style), he became fascinated and started to photographically record the interiors of those that he was shown. He has since expanded this into a comprehensive record of existing apartments still showing the design of the imperial era. See more at this Instagram page.