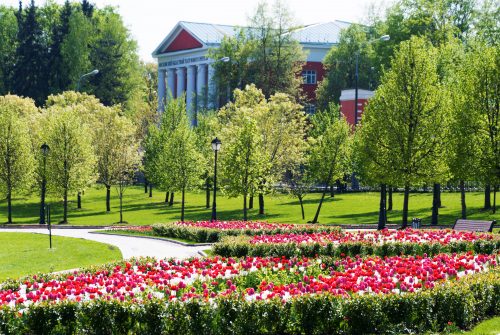 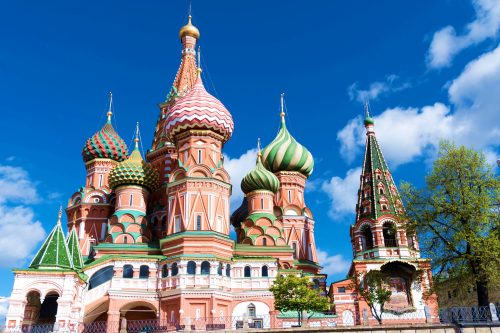 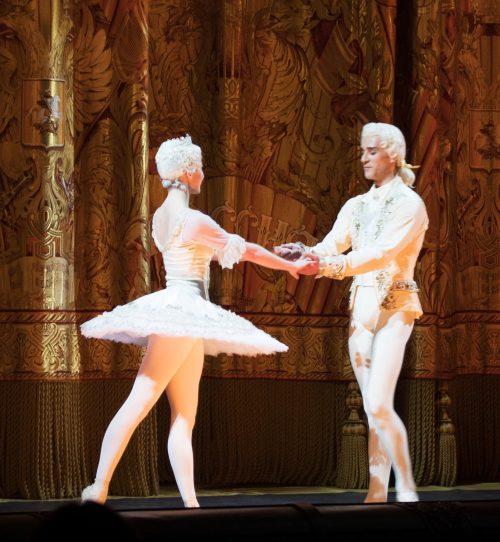 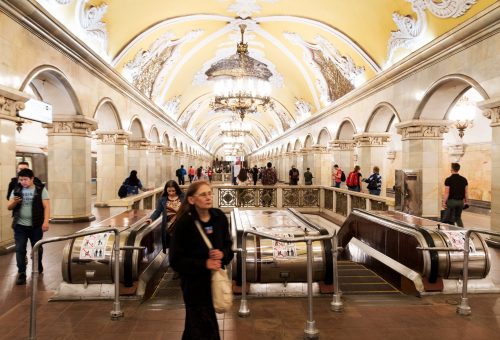 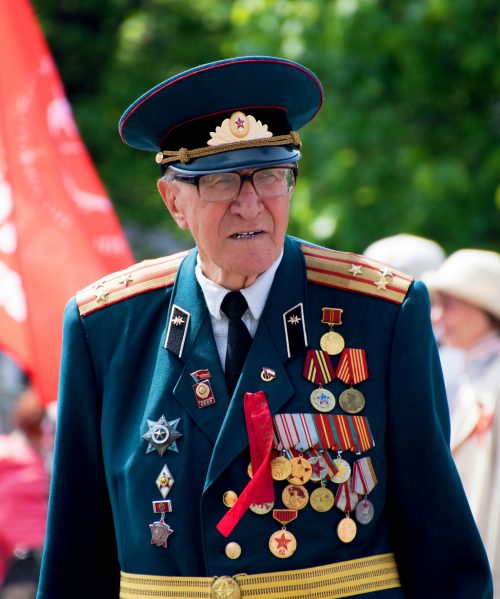 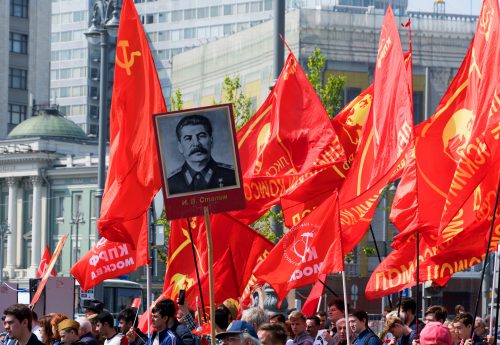 It has been our dream to visit St Petersburg for many years but Moscow was never on our radar. Our perception of the Russian capital was of decrepit Stalin-era buildings, unsmiling people and awful food.

We fly direct from Melbourne to Tokyo and then a ten-hour leg on to Moscow, flying over frozen Siberia for what seemed like ages. On arrival all our misconceptions are shattered as we find Moscow an architecturally sophisticated city with lots of very upmarket shopping and restaurants.

In central Moscow the wide boulevards, the low-rise type of development and the profusion of pastel-hued neo classical buildings from the mid-19th century remind us of many elegant European cities. Moscow has lovely gardens; the trees are in blossom and the beds are full of tulips at this time of year. Neighbourhood squares, bordered by cafes with outdoor tables, serve great Aussie style coffee and there’s always an assortment of terrific cakes and macarons to tempt us.

Moscow feels very safe, day and night, thanks to its imaginatively lit shopping streets teeming with buskers, diners and shoppers late into the evening (the Metro closes at 2.00am). The streets are extremely clean and quiet, there’s absolutely no litter or graffiti and no beeping cars. Security is omnipresent of course, especially in hotels and at all tourist attractions, where bags are searched and we are scanned.

One of our strongest memories of Moscow will be the enormous number of richly ornamented churches, St Basil’s in Red Square and those at the Kremlin, with their vividly painted arched gables and onion shaped domes, glinting gold in the sunlight.

A visit to the Bolshoi Ballet is compulsory, seeing the red velvet and gilt Old Stage fill with people and then to experience beauty and athleticism of such calibre was awesome.

A surprising highlight is the Metro system, not only for its efficient service (trains arrive every two minutes) but also for the grandiose interior decoration of the Metro stations, often reflecting the period of construction.

Art nouveau stained glass, Soviet propaganda paintings from the 1930s, World War Two militarism in metal, and miles of marble are all lit by chandeliers of the period. The Metro tunnels lie very deep underground, which made them ideal air raid shelters during World War Two and today the escalators are very long and steep, but safe.

When not using the Metro, we have a car and driver to take us further afield. Highlights include the Novodevichy Cemetery, final resting place of the good, the great and the not so great (Khrushchev and Yeltsin) of Russian society. These graves are works of art and generally reflect the occupation of the deceased. We could have filled our picture gallery with many photos of these graves, for they are not headstones, they are in many cases life-size sculptures.

We are here for Victory Day, 9th May, when Russians celebrate the end of their war – the day Russian troops entered Berlin and Hitler capitulated. This celebration features the parade of Soviet weaponry we have all seen on TV.

Around Red Square security is tight, the streets are barricaded, Metro stations are closed and we can’t see a thing except the helicopters flying overhead. After the military parade, a kind of Anzac-style march takes place in late afternoon, families of those who have died in war carry portraits of their loved-ones through the streets, the children wear uniforms and medals adorn many jackets – it’s very moving.