Ulaanbaatar – better known as Ulan Bator – is the capital of the independent Republic of Mongolia and lies on the Tuul River, below the forested hills of the Bogd Khan Uul National Park. (Inner Mongolia, to the south, has been a Chinese province since 1949).

Originally a meeting place for Buddhist lamas and nomads, Ulaanbaatar developed into a permanent site in the eighteenth century. Mongolia declared its independence from China’s Manchu Empire in 1911, but by 1920 Soviet-style Communist dictatorship had taken hold. The 1930s witnessed a devastating purge of monks and monasteries. Nonetheless, Mongolian Buddhism has enjoyed a resurgence since the triumph of democracy in 1990.

Thanks largely to Mongolia’s abundance of coal, copper, gold and other minerals, its capital now bears little resemblance to the windswept and provincial Soviet-style outpost encountered by travellers thirty years ago. Swollen by new settlers streaming in from the countryside, Ulaanbaatar has become home to half the nation’s population.

To paraphrase Lonely Planet, “Ulaanbaatar is a sprawling, industrialised city of commerce, wild traffic, sinful nightlife and bohemian counterculture. The contrasts are intriguing: Armani-suited businessmen rub shoulders with mohawked punks and del-clad nomads fresh off the steppes; one minute you’re dodging a Hummer and the next you’re entranced by chanting Buddhist monks at Gandan. It’s the coldest capital in the world, but come summer the city bursts into life after slumbering through a long winter.”

“Ulaanbaatar is not always the easiest city to navigate, but with a little patience travellers can take care of all their logistical needs, visit… museums, watch traditional theatre, sample international cuisine and party till three in the morning. Indeed, this ever-changing city may be the biggest surprise of your Mongolian adventure.”

Mongolia is a sprawling and sparsely-populated country.  Public transport is slow and not practical for reaching the country’s natural attractions (there is a handful of domestic train services operating along the Trans-Mongolian line).

We offer a selection of stopover options to help you explore the capital or venture further afield. Please also visit the Extra Info tab to learn about some even more adventurous stopover options, which include the acclaimed Eagle Hunters Festival in September/October.

We offer a selection of stopover options to help you explore Ulaanbaatar or venture further afield.

Our sightseeing in the Mongolian capital usually begins with a visit to the Tibetan-style Gandan Khiid, one of the few buildings in Ulaanbaatar to pre-date World War II and one of very few monasteries to survive the 1937 Soviet purge. The full name, Gandantegchinlen, translates roughly to ‘the great place of complete joy’. We move on to the National Museum, which holds a number of fascinating displays of traditional Mongol clothing and weaponry, as well as exhibits charting the empire building of Chinggis Khaan (Genghis Khan). There will also be a stop at Sukhbaatar Square to see the statues of Chinggis Khaan and Sukhbaatar, two of Mongolia’s national heroes, before finally stopping at the Zaisan Memorial for views of the city.

Travellers visiting Ulaanbaatar around 11-12 July each year have the opportunity to witness the spectacular annual Naadam Festival of Mongol culture and traditional sports: archery, horse-racing and wrestling. Towns and villages across the country also stage scaled-down local Naadam festivals from June through August.

For those with more time to spare, the forests and craggy rock formations of the Gorkhi-Terelj National Park, east of the city, offer a popular daytrip destination from the capital. Activities possible there include horse and camel riding, archery, hiking camping and visiting nomadic families in their gers.

Full day excursion outside Ulaanbaatar to the Hustain Nuruu National Park, home to the last remaining species of wild horse, the takhi – commonly known as Przewalski’s Horse. Twenty-five years after becoming extinct in the wild, the takhi was reintroduced from zoo populations to the Mongolian steppe by a non-profit foundation. On leaving the capital you will start to see nomad gers, your first glimpse of the nomadic lifestyle. On arrival, explore the scenic locations where these Asian wild horses now graze freely. Later, a simple lunch will be provided. After lunch at the park, visit a local horseman’s family to see their way of life, and traditions. Return to Ulaanbataar for overnight.

Transfer to the airport for the three-hour flight to Bayan-Olgii Province. Upon arrival at the airport in Olgii you will be transferred to the Altai Tavan Bogd National Park, a spectacular reserve encompassing mountain landscapes, numerous glaciers and freshwater lakes. Drive to Baga Oigor Valley to view one of the largest rock art galleries in Asia. The petroglyphs date back to the Stone and Bronze ages and are listed as a UNESCO World Heritage Site spanning an area of 15km. Here you will see carvings depicting wild and domestic animals and scenes of human life, including hunting, animal husbandry and religious rituals. Camp overnight before returning next day to Ulaanbaatar.

The Mongolian Eagle Hunters Festival, 30 Sept – 3 Oct each year, has become better known due to the success of the movie, ‘Eagle Huntress‘. This beautiful movie portrays not only a wonderful story, but the incredible landscape of this magnificent region of far western Mongolia.

The resulting increase in people wanting to witness this event is a benefit for many local people, but also creates problems due to the limited capacity to cater for visitors.

The first hurdle is to get a seat on the domestic flight to this remote region. Whilst the aircraft are operated by proper airlines they are the smaller twin turbo prop variety and seats are limited. If you miss out then it is a long (read: several days) bumpy drive to reach the festival venue.

Today you will witness Kazakh hunters in all their glory – a parade of hunters on horseback with their prized eagles perched on their arms. After the parade, each hunter will demonstrate how well their bird obeys his commands by placing his eagle on a nearby cliff edge and calling it from below. A spectacular sight! In the afternoon, watch an exciting race of Amblers, a highly valued type of Mongolian horse known for its quick canter. The festival continues into the evening, and you will have the opportunity to attend a local concert where there will be performances of traditional Kazakh songs and dances. Overnight in Olgii.

After breakfast head out for another fascinating day at the Eagle Festival where you will see trained golden eagles displaying their speed and agility. To test their eagles’ skills, hunters drag a fox skin behind their horse, and the fastest eagle to land on the skin is considered the best hunter. Overnight in Olgii. 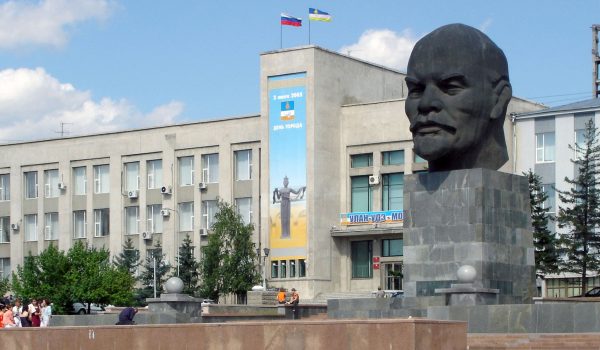