As you’d expect in a country which reaches right across the Eurasian continent, Russia boasts a very generous share of the great wonders of the natural world. The good news is that your Trans-Siberian journey will show you many of these, or least allow a side trip to enable that experience of a lifetime.

Travellers from Down Under will also be gobsmacked by Russia’s mighty rivers. You’ll cross 16 of the largest Eurasian rivers, including ‘Mother Volga’, Europe’s longest and largest, plus the Ob, Yenisei (or Enisey) and the Amur. This last is spanned by a 2.6 km railway bridge. 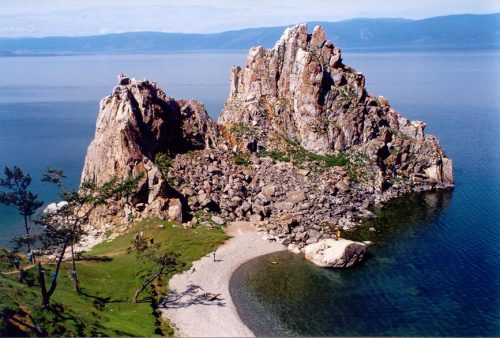 All Trans Siberian routes (except the even more adventurous BAM Trans Siberian) follow the shores of Lake Baikal for a short distance. Lake Baikal is the world’s deepest lake (1637 meters) and also the largest fresh water reservoir on the planet. Simply for its vastness, the taiga forest of Siberia, the world’s largest biome apart from the ocean, constitutes a wonder in itself.

Stop over in the Krasnoyarsk region of eastern Siberia to discover the site of the 1908 Tunguska meteorite explosion – or visit the city of Chelyabinsk to learn more about the dramatic meteor shower experienced in 2013.

The coldest known place on the planet is not in Antarctica: it’s Oymyakon in Yakutia, far northern Siberia. Serious masochists can actually visit there in mid-winter.

In the remote Russian Far East, the Kamchatka peninsula forms a link in the circum-Pacific ‘Ring of Fire’, contributing its nine active volcanoes and their associated geysers, mineral springs and mud baths. You could experience Kamchatka by flying north from Vladivostok to rendezvous with a local tour operator, or embark on a small-ship discovery cruise with our associates, Heritage Expeditions.