Whilst this restored steam train does not operate on the main Trans Siberian train line many Transibers make extensions to other regions of Russia. Karelia is popular and for steam enthusiasts this excursion will appeal.

The Ruskeala Express operates daily between Sortavala station – 250km west of Petrozavodsk – and Ruskeala National Part, which in the past was only accessible by car. There are usually 5 carriages, including a restaurant car. The interior design is themed to a late 19th century ambiance. The carriage attendants are also dressed in a late 19th century style. 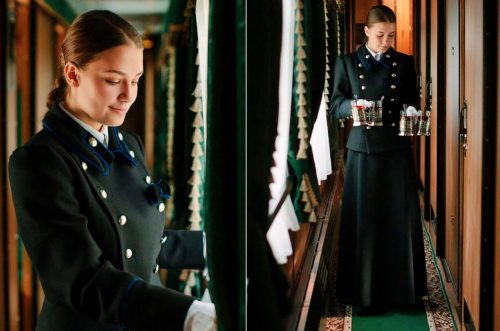 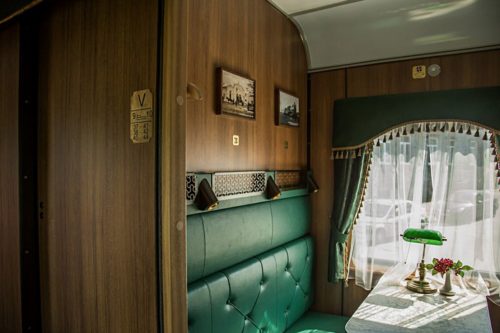 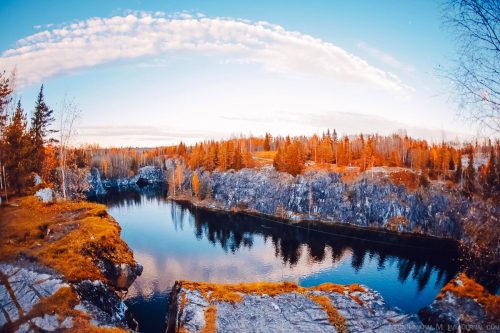 The journey is one hour and you can purchase tickets at any Russian Railways ticket office. The cost is about US$5 return. Then there will be the entry ticket for the National Park (300 roubles) that can be purchased on board the train. The locomotive dates from 1949 and provides all the heat, steam, soot and the sounds that appeal to train enthusiasts!

Currently, this is the only route that the train operates on. In the past there were some overnight tour packages (sleeping at hotels during overnight stops) visiting more of the region. Perhaps these will start again when international travel resumes.